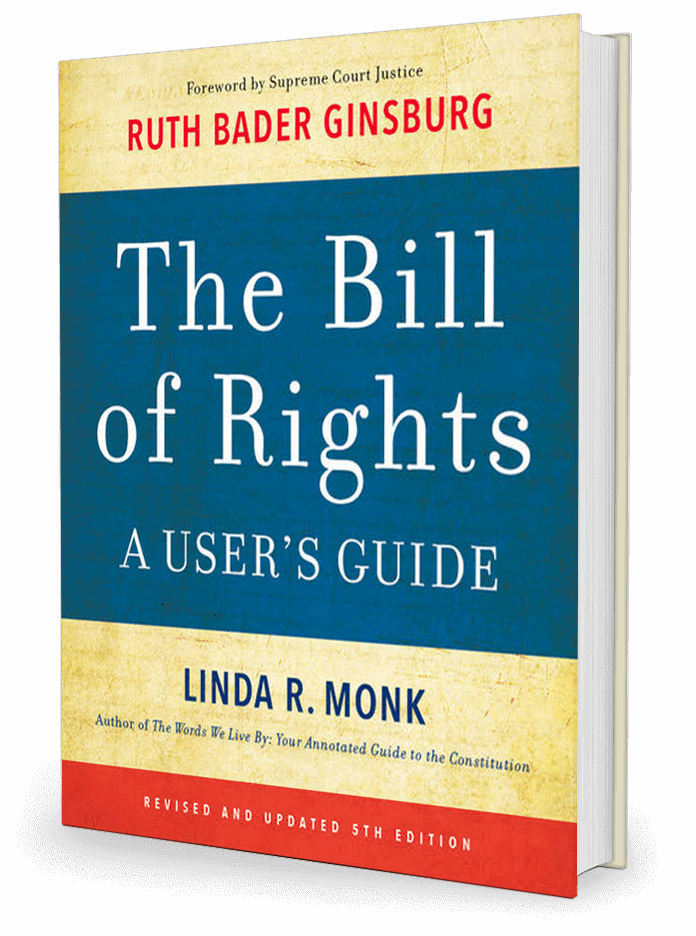 The Bill of Rights: A User’s Guide

In this newly revised edition of The Bill of Rights: A User’s Guide, award-winning author and constitutional scholar Linda R. Monk explores the remarkable history of the first ten amendments to the Constitution. With a foreword by Supreme Court Justice Ruth Bader Ginsburg, the book analyzes each amendment, the Supreme Court’s interpretation of every right, and the power of citizens to enforce those rights. The book also examines the Fourteenth Amendment, which nationalized the Bill of Rights and extended new rights of equality to all. The Bill of Rights: A User’s Guide won the American Bar Association’s Silver Gavel Award, its highest honor for public education about the law.

Stories of the ordinary people who made the Bill of Rights come alive are featured throughout. These include Fannie Lou Hamer, a Mississippi sharecropper who became a national civil rights leader; Clarence Earl Gideon, a prisoner whose handwritten petition to the Supreme Court expanded the right to counsel; Mary Beth Tinker, a 13-year-old whose protest of the Vietnam War established free speech rights for students; Michael Hardwick, a bartender who fought for privacy after police entered his bedroom unlawfully; Suzette Kelo, a nurse who opposed the city’s takeover of her working-class neighborhood; and Simon Tam, a millennial whose 10-year trademark battle for his band “The Slants” ended in a unanimous Supreme Court victory. Such people prove that, in the words of Judge Learned Hand, “Liberty lies in the hearts of men and women; when it dies there, no constitution, no law, no court, can save it.”

Exploring the history, scope, and meaning of the first ten amendments—as well as the Fourteenth Amendment—The Bill of Rights: A User’s Guide is a powerful examination of the values that define American life and the tools that every citizen needs. 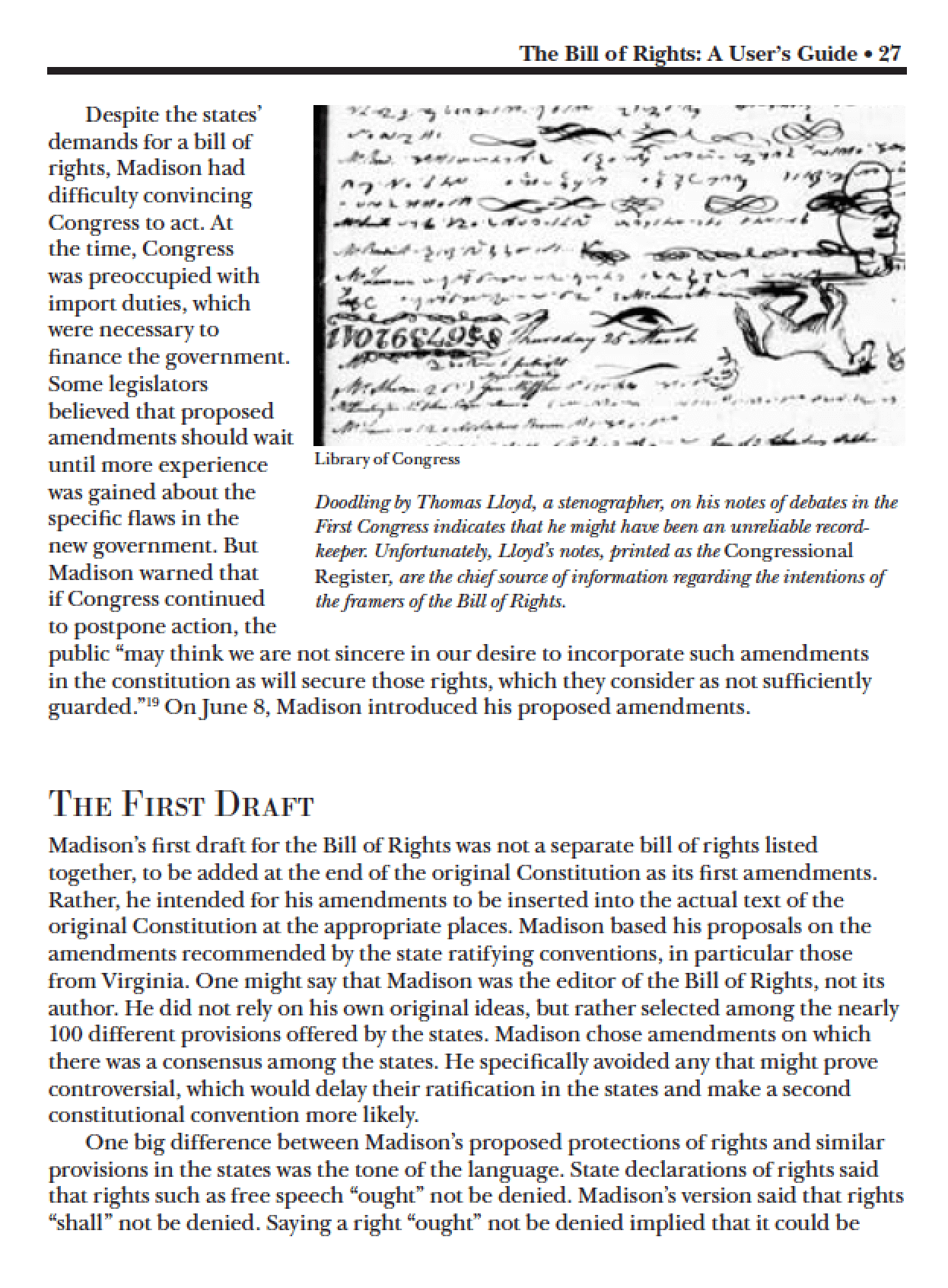 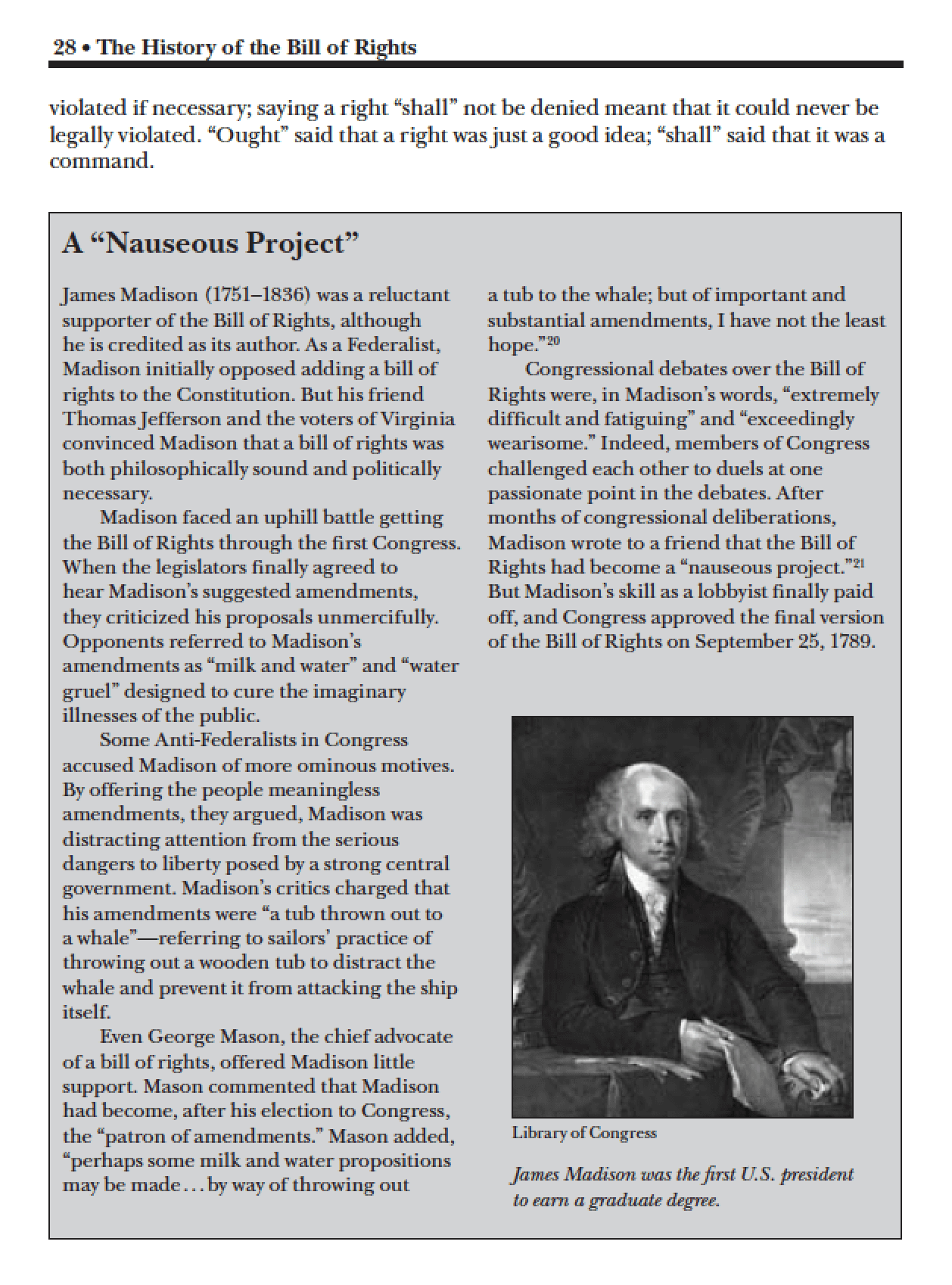 “It’s hard to make the Bill of Rights accessible to everyone without talking down to anyone, but this fine book manages to do just that.”
—Laurence H. Tribe, Harvard Law School

“The Constitution and Bill of Rights are in the news almost every day and citizens of all ages and walks of life are hungry for more information about both. Linda has become a master at writing balanced, accessible, and insightful guides to our nation’s founding documents. If you want to get informed and stay informed, pick up this book”
—Julie Silverbrook, The Constitutional Sources Project

“An even-handed model of concision and clarity… invaluable to any citizen interested in what the Bill of Rights means and how it is applied to real-world disputes. It is hard to imagine anyone producing a more thorough and illuminating guide for lay readers.”
—Steve Chapman, Chicago Tribune

“Linda Monk reveals that the framers actually opposed enumerating citizens’ rights in the Constitution and added the first ten amendments only because ordinary Americans insisted. It’s our Bill of Rights, and its arcane language and often tortured history come brilliantly back to life in Monk’s fast-paced narrative.”
—Woody Holton, author of Unruly Americans and the Origins of the Constitution (National Book Award finalist)