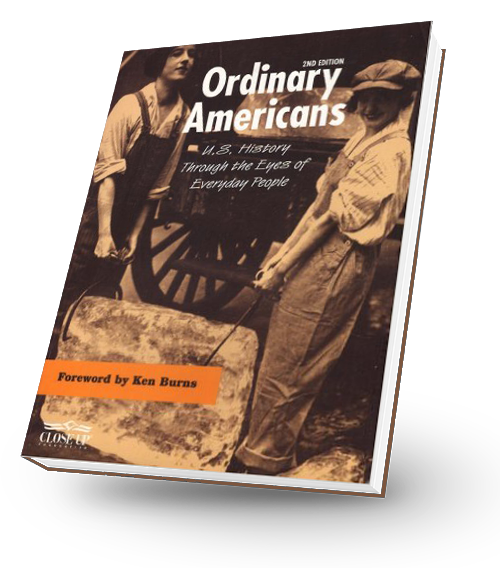 Ordinary Americans:  U.S. History Through the Eyes of Everyday People

“This is the way history should be told,” says PBS filmmaker Ken Burns of this collection of nearly 200 first-person accounts by everyday people. Ordinary Americans tells history as the average American actually lived it, covering 500 years of U.S. history from a bottom-up rather than a top-down perspective. Drawn from letters, diaries, autobiographical accounts, and interviews, these Americans’ stories are funny, moving, exasperating, often inspiring. They’re not just about what happened, but how real people felt about what happened.

Here you will meet former slave Olaudah Equiano, who described the passage from Africa to America; Cherokee leader Dragging Canoe, who prophesied his tribe’s removal from their lands; cobbler George Hewes, who participated in the Boston Tea Party; Iowa bride Catherine Haun, who crossed the Great Plains during the gold rush; African-American seamstress Elizabeth Keckley, who viewed Lincoln’s reactions to his son’s enlistment during the Civil War; Cheyenne tribeswoman Kate Bighead, who witnessed Custer’s last stand; sailor Stephen Bower Young, who was trapped in his ship during the bombing of Pearl Harbor; Japanese-American Mary Tsukamoto, who was interned during World War II; nine-year-old Sheyann Webb, who marched for civil rights at Selma; helicopter pilot Robert Mason, who flew rescue missions in Vietnam; United Farmworker Jessie Lopez de la Cruz, who organized her comrades in the fields; and many, many more.

The updated second edition of this bestseller moves into the twenty-first century with insights on Bosnia, the Starr grand jury investigation of President Bill Clinton, Oklahoma City, and the September 11th attacks through the eyes of people who participated in these historical events. 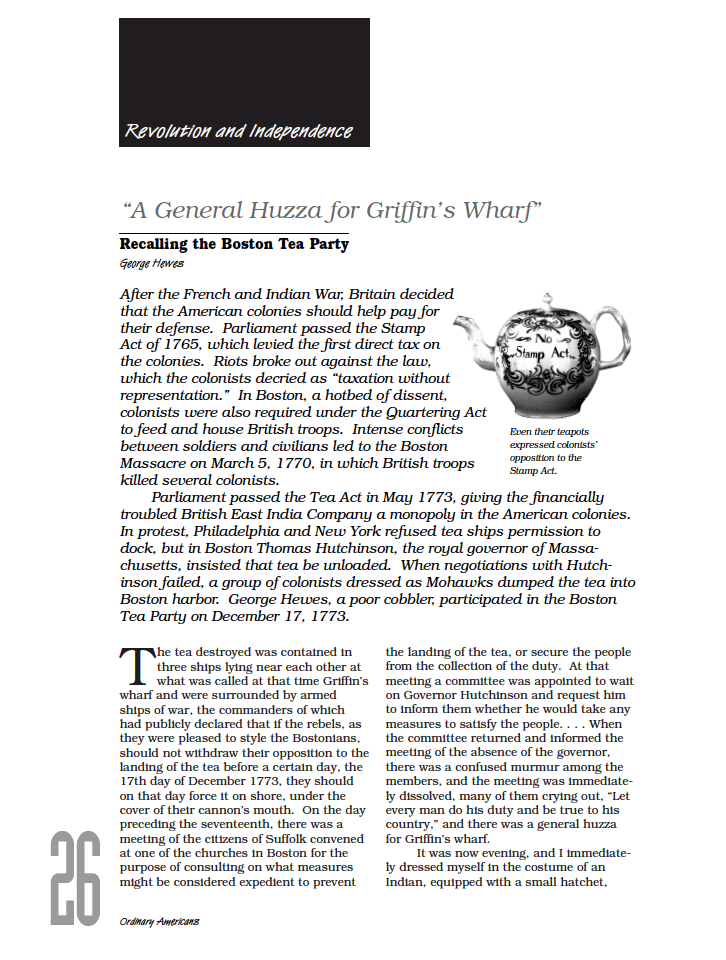 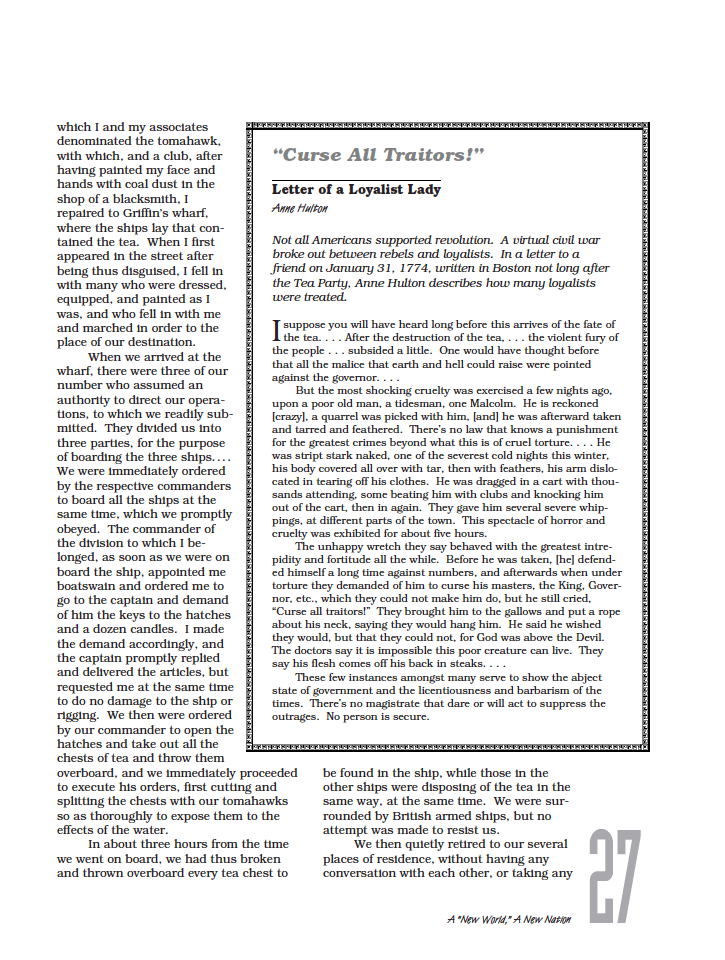 “History—especially personal, ordinary Americans’ kind of history, as revealed in these pages—is alive, breathing, contemporary. This is the way history should be told.”
—Ken Burns, PBS documentarian, Foreword to Ordinary Americans

“We were just ordinary people, and we did it.”
—Sheyann Webb, civil rights marcher

“The histories . . . are all written out by ‘big bugs,’ generals and renowned historians. . . . They tell of great achievements of great men, who wear the laurels of victory, have grand presents given them, high positions in civil life, . . . and when they die, long obituaries are published telling their many virtues, their distinguished victories, etc., and when they are buried the whole country goes into mourning. . . . But in the following pages I propose to tell of the fellows who did the shooting and killing, the fortifying and ditching, the sweeping of the streets, the drilling, the standing guard.”
—Private Sam Watkins, Company Aytch